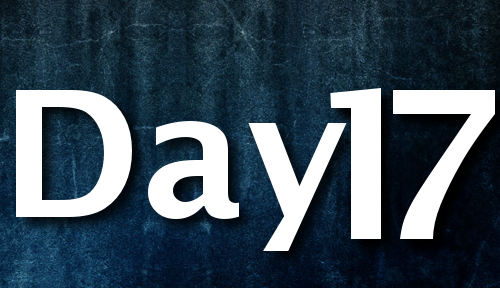 Today is Day 17 of silence. I’ve taken a ‘vow of silence’ in order to heal my vocal nodules. It’s hard to believe that I’ve been (mostly) silent for 17 days now. I say mostly because I’ve done some whispering and I’ve even spoken a few times, though I really try not to. During the first few days, I spoke a few times by accident. I also had a day when I did some sleep talking which was very frustrating. Overall, I’d say that the unconscious speech has passed, but I can’t help but do some conscious whispering, even though that’s just as bad as speaking, if not worse. But I have to believe that 99.99% silence over the past 17 days is enough to help the nodules heal.

How to Manage Vocal Nodules

The ENT (ear, nose, throat) doctor recommended a period of silence as the most effective way to heal the nodules which are essentially calluses on the vocal cords. Before going silent, I also completed several sessions with a voice therapist which was very valuable. The most helpful thing that I learned from the therapist is that I need to raise my pitch. Over time, I’ve been letting my voice drop and as it was becoming lower and lower, it was causing a rumbling in my throat. When I raise my pitch, the rumbling vanishes. It takes a lot of practice, exercise, and consciousness to raise my pitch so that’s something I’ll definitely be working on when I begin speaking again.

Before I began the silence, I did some research and planning to determine what tools I could equip myself with to make the silence go more smoothly. I had all sorts of things planned. I downloaded a text to speech app, and I also pre-recorded a bunch of speech and songs that I often use at home with my pet birds. I thought I’d be using these recordings and the app on my phone every day, but I only used them on Day 1 and since then haven’t bothered with them. I also ordered an attractive whistle necklace from Etsy. It’s nice, it’s kind of a fashion statement, but as a whistle I haven’t found it to be that helpful.

The benefit of most of these tools have proven to be pretty negligible save for one item: my boogie board. I love this thing! A boogie board is a scribble board that you can write on with a stylus and erase with the touch of a button. I honestly have no idea how this thing works but it’s an amazing. Geoff was looking at it and couldn’t decide how it works either. When I misplaced the stylus, I was able to write with my finger nail, so it has nothing to do with magnetics. I don’t understand it but I love it. I recommend a boogie board to anyone; not only for someone on a speaking hiatus but I think it’s a great item to keep near your desk for quick notes. Love it.

Oh, I should mention that I did also order some large customized buttons from Etsy with a large “CAN’T SPEAK” explanation. That’s been practical. For anyone doing a silent treatment, I do think the button is a good idea.

Also, before I began the silent treatment, I was scheduled to run a large event (the TD Niagara Jazz Festival) so when I had to postpone beginning the healing process I used a portable microphone/headset to amplify my voice. It worked pretty well, though for running an event where you’re very mobile I had to get used to making sure that the speaker was actually pointing in the direction of the person I needed to speak with. I thought the speaker worked well and I’m looking forward to using it for any noisy situations and events once I’m speaking again. That said, I’m going to scale back my involvement in event organizing because it does take such a toll on my voice. Also, I should mention that I did have a bit of a problem with the strap for the headset BUT Amazon sent me a brand new replacement for the headset immediately without any hesitation, so now I actually have 2 fully operational headsets, just with one that has a faulty strap. I think this microphone/headset is a great deal. I did a lot of research on the best, most cost-effective option, and I definitely think I picked the right one.

It’s hard to know just how much this silence is helping and I won’t be able to get in to see the ENT again to check on the progress for a while. I’m on the waiting list so if there’s a cancellation, I hope to get in sooner. I figure that I’ve come this far, I should probably complete a month and do this thing right. I also feel that taking this period of silence is going to change how I interact with people. The doctor called vocal nodules a “chatty person problem” which I find a bit insulting but of course, there’s truth to it. In my case, the nodules originally began to form when I had laryngitis 3.5 years ago and pushed through the laryngitis to speak and to teach when I really should have taken a proper break. Forcing the speech caused the beginning of the calluses and from there, it was a vicious cycle where I continuously lost my voice, then pushed through and forced myself to speak, thus making the calluses worse.

On the original @thequeenmary in Long Beach, Calif