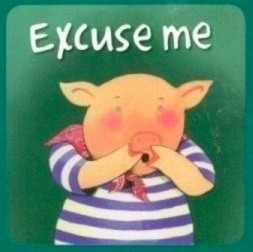 Yesterday was Day 2 of my vocal rest to heal my vocal nodules. It was a holiday Monday. My husband went to work to trade for taking a day off on Friday instead so I decided to do some work too. I haven’t got all that much to do while I’m staying quiet anyways.

My little bird Lindy continues to nip at my toes and I’ve given a few “ouches” without being able to stop myself. Surprisingly, Gaudi has been just fine with me whistling but not speaking. I was more concerned about him since he’s blind and is used to our patterns of communication. I did record several of our songs and routines before going silent but I haven’t used it much.’

One funny thing that happened not once but twice yesterday is that I sneezed, and out of habit I said “excuse me” to no one. That was pretty ridiculous.

In the afternoon, I put on my button and headed to the gym: On my way out, as I was getting my bike from the garage, the neighbour across the street called hello. I waved back, but then she asked “How are you?” and I was too far away for her to see my button. I just kept waving but I felt quite rude. I should ask Geoff to explain my silence to them.

At the gym, the button seemed to be helpful when I was arriving at the front desk. I decided to wear it upstairs while I was exercising but I think that was a mistake. It’s a very large button and it was drawing attention to me which is not what I want. I don’t run into people I know at the gym too often, so maybe it’s better to just not wear the button and risk having to play charades if someone does talk to me. I could carry a little card with an explanation but in the context of the gym, I don’t have pockets.

Speaking of charades, last night Geoff and I tried to go on a bike ride together. We could hear loud music in the distance and I knew it was Rib Fest which I did not want to go to. I’d left my writing board at home which was silly. Geoff wanted to go check out the music. I kept pointing to my ribs but he didn’t clue in. “Rib cage?” “Bra?” “Tickle?” It wasn’t until we were nearing downtown that he figured it out.

I did have one really strong slip yesterday when a woman walked out in front of my bike on the way home from the gym. I couldn’t help it, and I guess it was necessary, but it was loud. I’m not sure if it was my imagination or not, but after 1.5 days of mostly silence, it felt harsh on my throat.

I didn’t have any accidental speech in the evening when I was tired like I did the first day so that was an improvement.

I’m not sure if it’s because I haven’t got much going on but I’ve felt very tired for the last couple of days. I slept 9 hours last night. Maybe I’m still recovering from the jazz festival.

On the original @thequeenmary in Long Beach, Calif