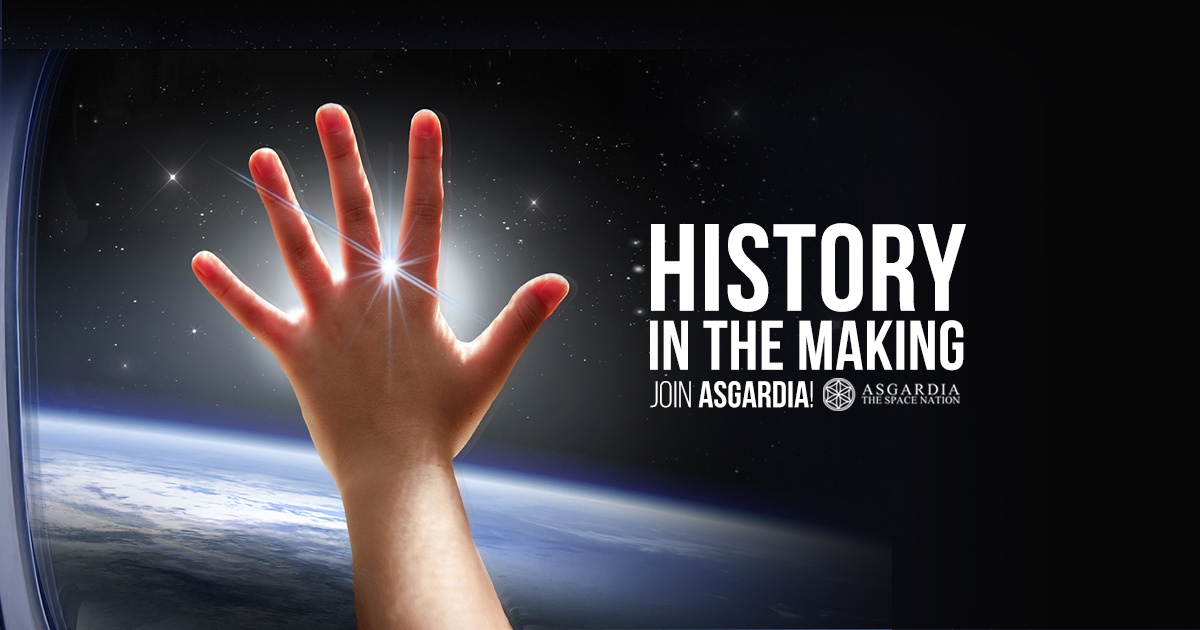 I’m pleased to say that I’ve been elected as a Member of Parliament of Asgardia, the Space Nation. In two weeks, I will be traveling to Vienna for the first assembly of parliament as well as the inauguration of the first Head of Nation at the Hofburg Palace.

This is the press release about the inauguration:

Inauguration of the Leader of the First Space Nation: Asgardia

The First Space Nation to Inaugurate Leader at the Hofburg, Vienna this June

Vienna, Austria — May 25, 2018 – Asgardia, the Space Nation, will inaugurate its first Head of Nation at the Hofburg Palace in Vienna on June 25, 2018. Dignitaries, global officials, and about 130 members of the newly formed parliament will witness the historic event, marking the first commission of leadership for an off-planet nation.

Since its formation in October 2016, in less than two years Asgardia has established itself as a full-fledged nation, with a constitution, flag, anthem, and sovereign territory on the Asgardia-1 Satellite, currently in orbit around the Earth. To date, there are nearly 200,000 Asgardia citizens and the nation is 172nd in global population.

“Access to outer space should be a human right, beyond the control of any Earthly nation,” says Dr. Igor Ashurbeyli, who will be inaugurated as the Head of Asgardia.

Asgardia was formed with the mission to ensure peace in space, protect the Earth from space hazards, prevent Earth’s conflicts from being transferred into space, and with the long-term goal to build a habitable, orbital space station where someday Asgardia citizens can reside.

“To safeguard humanity’s future, Asgardia is taking steps into the vast space frontier as the very first space nation,” says Ashurbeyli. “The Asgardia constitution was formed on the basis of equality and anyone who adopts the constitution can become a citizen of Asgardia.” The constitution and submission for citizenship are available at https://asgardia.space/